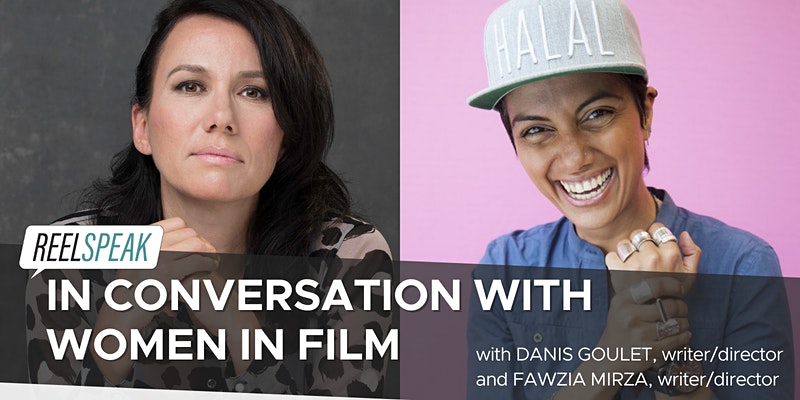 Reelworld Screen Institute is excited to partner with RBC to present the final instalment of Reelspeak: In Conversation with Women in Film. These talks look to bring together Black, Indigenous, South Asian, Asian and women of colour to speak about their processes, work, and experiences within the film industry. The goal of this series is to provide aspiring filmmakers with insight and knowledge into the film industry, specifically from the lens of women of colour.

We are so excited to feature two incredibly talented filmmakers for our final instalment.

DANIS GOULET (Writer/Director) is a writer and director. Her films have screened at festivals around the world including Sundance, Berlin, MoMA, and the Toronto International Film Festival (TIFF). Her dystopian film WAKENING (2013) was selected for Sundance and also screened before the opening night film at TIFF. Her film BAREFOOT (2012) was recognized with a special jury mention at the 2013 Berlin International Film Festival. She is a former programmer for TIFF and a former director of the imagineNATIVE Film + Media Arts Festival. She is an alumna of the National Screen Institute and the TIFF Filmmakers lab and a current member of the Academy of Motion Picture Arts and Sciences. Danis is Cree/Metis, originally from northern Saskatchewan in Canada.