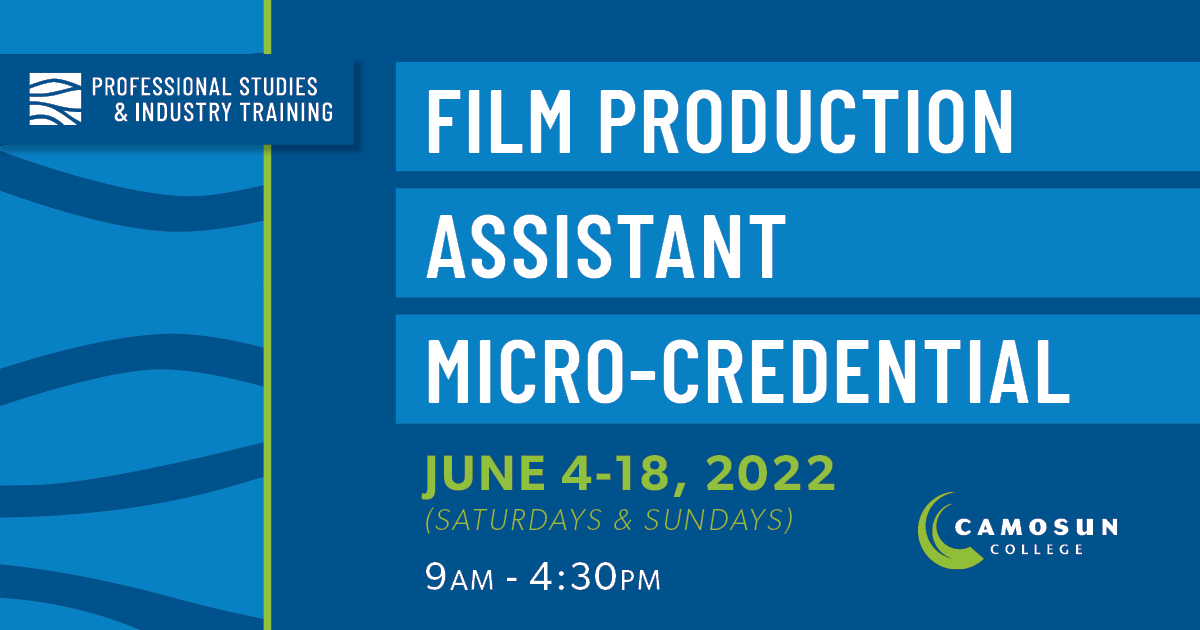 Working as a Production Assistant is the most common entry point to working in film. In this fast-paced environment, you’ll learn what every department does in order to truly understand the film and television environment.

This program will help you build the skills and confidence you need to kickstart a career in Film and Television, and get all the certificates you require to be ready for Day One on set. Over three weekends, you’ll meet industry professionals, learn hands-on skills, and acquire the qualifications you need to start in the film industry.  You’ll even earn a deferral of the 30-day requirement to join the Directors Guild of Canada – British Columbia Permittee Logbook Holder Program.

Three weeks to get ready for a fascinating, lifelong career.

Upon completion of this course, learners will be better able to:

• Describe how the history of film and the needs of present-day productions have contributed to the creation of “good set etiquette,” and how these rules apply to their own work

• Read and understand a call sheet

• Communicate instructions to the cast and crew

• Identify and assist with issues that occur during filming, observing protocols and hierarchies

• Assist in any department of a film shoot

• Chart career paths in the industry, including understanding of requirements for entry to the three key entertainment unions

• Describe how to appropriately network with industry professionals

• Feel confident applying for jobs in the film and television industry.