Championing a dynamic motion picture workforce in B.C. that is equitable, diverse and inclusive.

Motion picture production activity in British Columbia is increasing. The workforce needs to expand to meet demand.  But it’s a vast and complex industry without a single easy entry point.

That’s why the Motion Picture Production Industry Association (MPPIA) and Creative BC have collaborated with many industry stakeholders to launch Creative Pathways and continue supporting workforce development.

Take Steps to Get into #BCFilm

The colourful rings of the Creative Pathways target are like steps toward your goal to Get into #BCFilm. Unlike traditional industries, this career path requires a lot of initiative to collect knowledge, skills and networks that gradually connect you with the many freelance roles the industry offers: 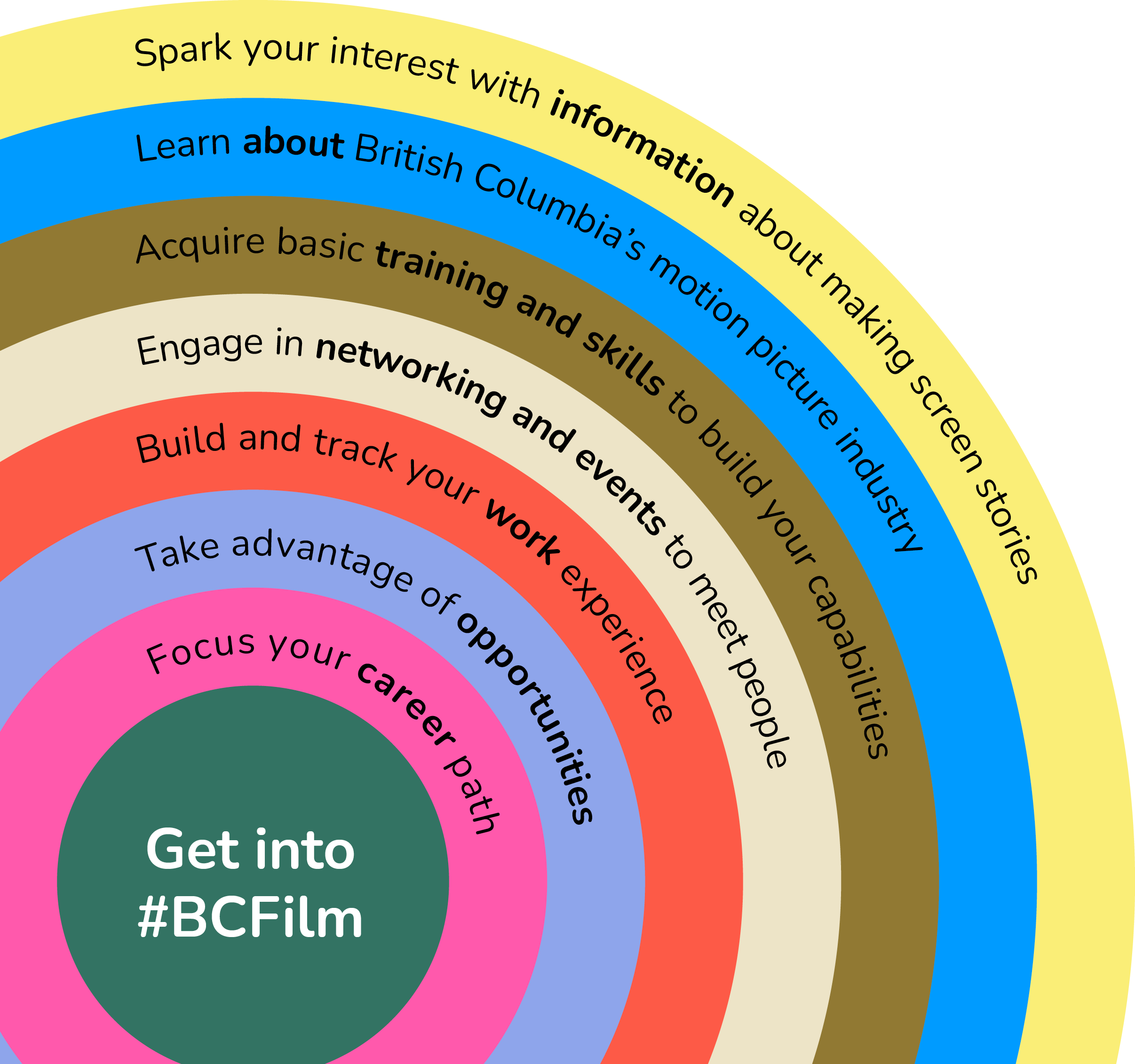 The “About” section is an orientation to B.C.’s industry ecosystem – the productions, people and places.

“Skills + Training” cards in the Opportunities section connect you to courses that will build your capacity.

“Networking + Events” cards in the Opportunities section show who to follow and where to be.

“Paid Work + Programs” cards in the Opportunities section show where to apply for jobs and find programs pathways to them.

The Opportunities section allows you to find what you seek – search by name or filter by Type, Tag, Department and Discipline.

The “Careers” section explains all the job roles across this industry – 39 Departments and Disciplines to explore! 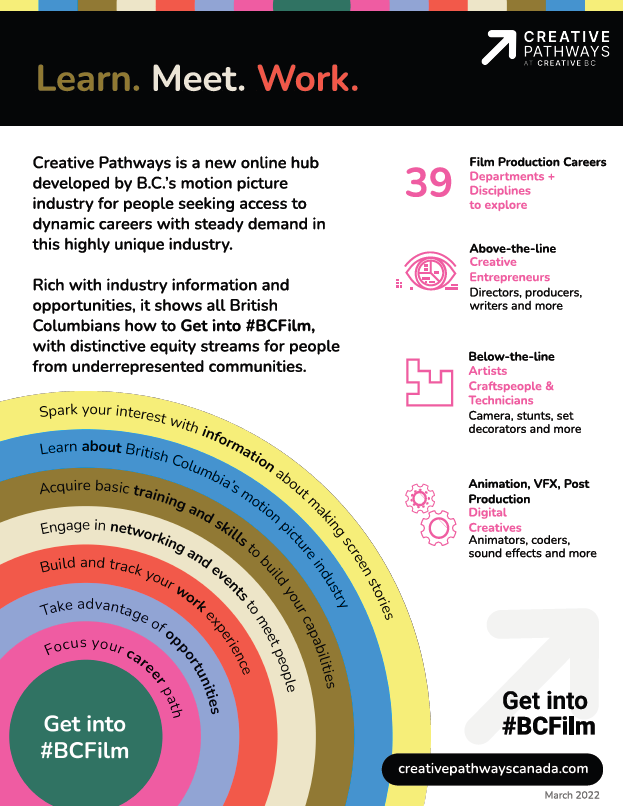 Behind these three words is a STRATEGIC COLLABORATION FRAMEWORK, complete with industry services provided through Creative BC so your production can support new entrants to Get into #BCFilm.

A Creative Pathways Lead has been established within the provincial film commission at Creative BC. This committed support helps industry participate and expand its practices to advance toward equity, inclusion and diversity.

Be sure to visit the Creative Equity Roadmap, a resource for B.C.’s motion picture industry to advance Justice, Equity, Decolonization, Diversity and Inclusion.

Contact us to discuss how you can join Creative Pathways.

Become a Partner
Visit the Roadmap

How does Creative Pathways work?

Creative Pathways is a platform to champion a dynamic motion picture workforce in B.C. that is equitable, diverse and inclusive.  On this website, we have provided comprehensive information about careers in B.C. motion picture industry for everyone.  Creative Pathways also offers specific supports (such as Setwork or Meet10) to increase workforce participation of people from systemically excluded groups, with a priority on below-the-line positions.

I'm not located in B.C. Can I still use the site?

You sure can, the information is for everyone and we hope will be useful as a general guide for jobseekers in the motion picture industry. However, some information is specific to the province of B.C., or only applicable to work in B.C. so please be aware and research your local ecosystem.

What are the most in demand roles in the motion picture industry?

In the motion picture industry, in demand roles vary by production type (ie. a period drama will often require larger costumes departments; an action film usually needs a large number of stunt performers) and volume (the number of concurrent productions in a geographic location).

Beyond those immediate needs are roles that are often in high demand, such as Accounting, Construction, Costume and Grips in below the line work. For animation and visual effects, skilled artists and technicians are in high demand.

All in demand roles on the Creative Pathways site have been validated by BC’s motion picture labour organizations, and will be updated regularly.   Check them out in the Careers.

How does Creative Pathways define people from systemically excluded groups?

Creative Pathways offers specific supports designed for people with one or more of these voluntarily self-identified characteristics:

Do I have to disclose my personal information to use the site or any of its features?

No you don’t. It’s your choice and self-identification is voluntary. All forms offer a “prefer not to say” option.

How do you protect my privacy if I apply for a Setwork opportunity?

I need crew ASAP - like tomorrow - will this site help me do that?

Not yet. We suggest you consult some of the people directories in Canada. They have many members in B.C. with all sorts of skill sets in film and television.

Why did you build Creative Pathways?

We want to create clear information about working in the motion picture industry and we want to expand the workforce by welcoming a wide range of British Columbians.   We know that the  film and television industry is complex and we wanted to show how it works so that you can find a path forward and join the industry.

We also want to provide users with practical tools, so that we can all evolve to support new entrants and provide a safe and welcoming environment.

We built Creative Pathways with jobseekers in mind and designed inclusive features such as the Userway plug-in tool which can customize the web experience for a range of users.

What's the reason for the Creative Pathways project and who is behind it?

Creative BC, the Motion Picture Production Industry Association (MPPIA) and B.C.’s motion picture industry developed a six-part strategy to deliberately increase workforce capacity through more fair and balanced representation. The strategy acts on recommendations from a recent labour market study,  funded by the Province of British Columbia and the Government of Canada through their Sector Labour Market Partnerships program (SLMP).

The design, development and implementation of this website and its two targeted equity streams, Setwork and Meet 10, is a secondary SLMP project also funded by the Province of British Columbia and the Government of Canada, secured by industry “seed” funding from WarnerMedia. Read the media release.

I still have questions or comments, who do I contact?

The origins of Creative Pathways

Parts 1, 2 and 3 are internal work for the industry and parts 4, 5, and 6 are outward facing engagements. These outward facing activities are the focus of the Creative Pathways Project, a Sector Labour Market Project funded jointly by government and industry, to deliver this website, Setwork, Meet 10 and the corporate services to deliver them.

The Creative Pathways initiative is a collaboration between MPPIA and Creative BC. Its objective is to grow B.C.’s workforce through more fair and balanced representation.

The initiative began in response to the industry’s below-the-line labour market study that realized:

Fully 97% of people working across the province in motion picture are British Columbians, so it’s up to the industry to address both of these points to improve and maintain the reputation of a leading, full-service production hub. Through stewardship, deliberate changes will support the evolution of B.C.’s local talent pipeline, as this workforce is core to B.C.’s success as Canada’s largest and North America’s third-largest production centre. 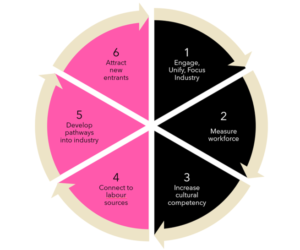 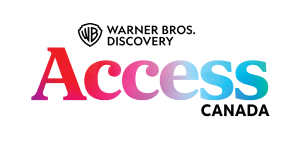 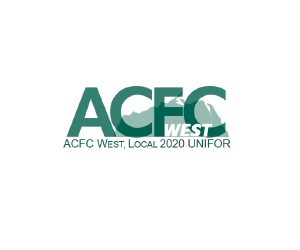 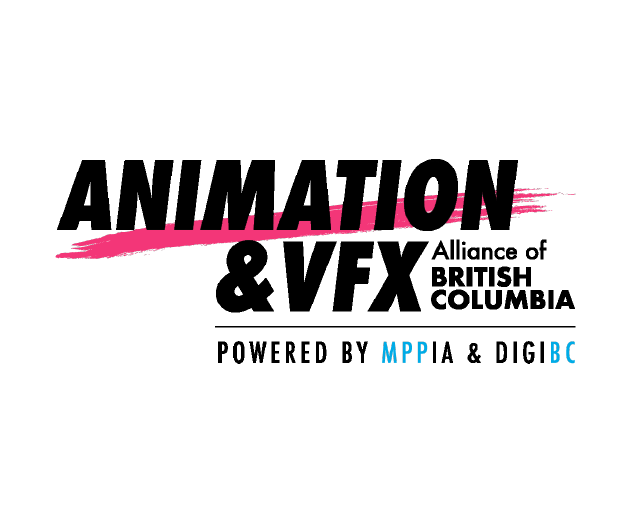 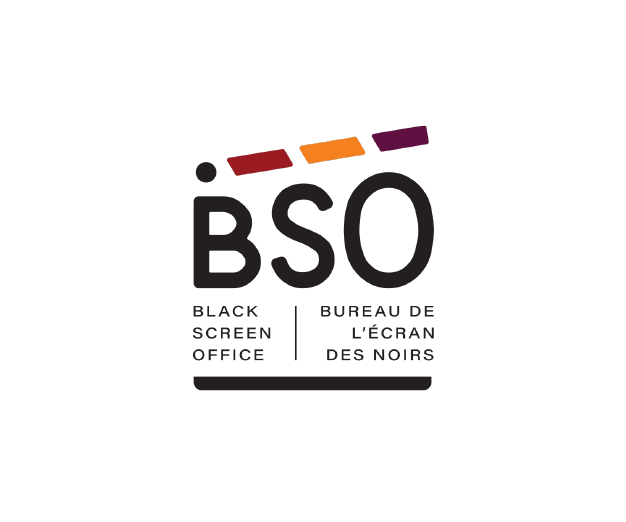 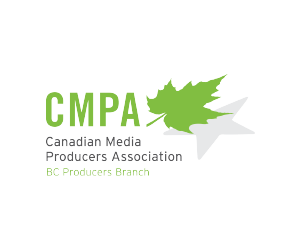 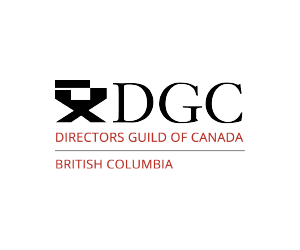 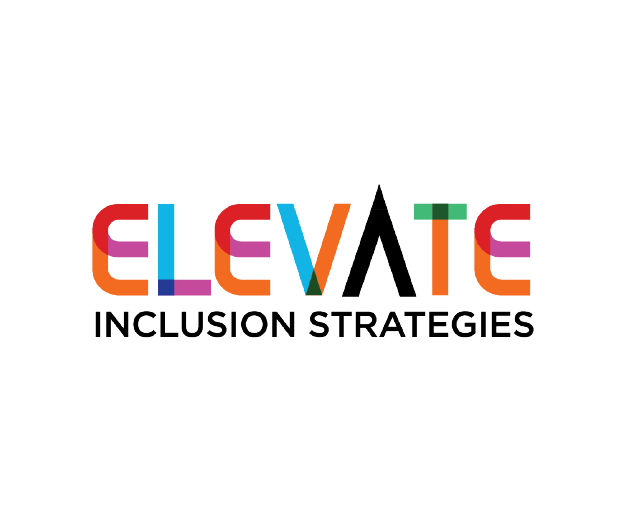 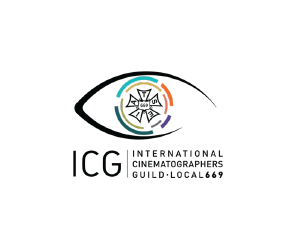 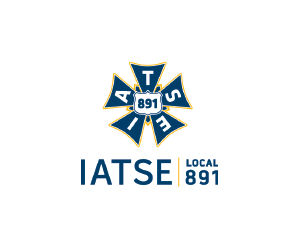 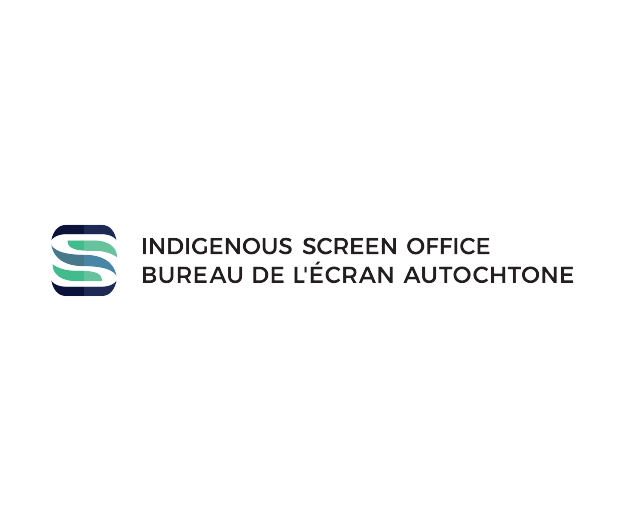 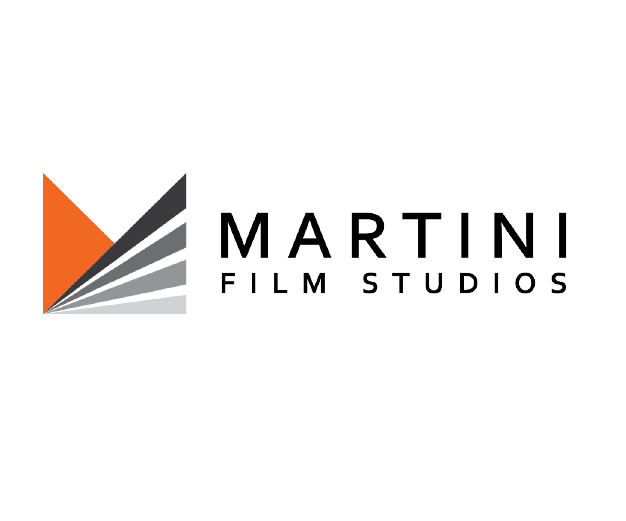 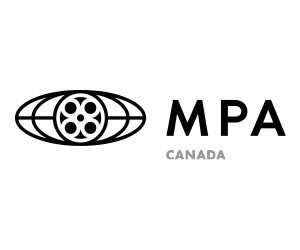 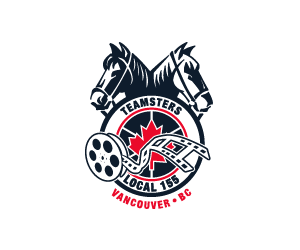 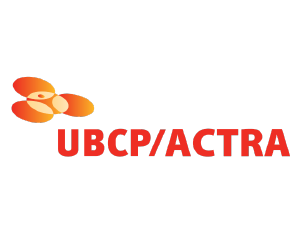 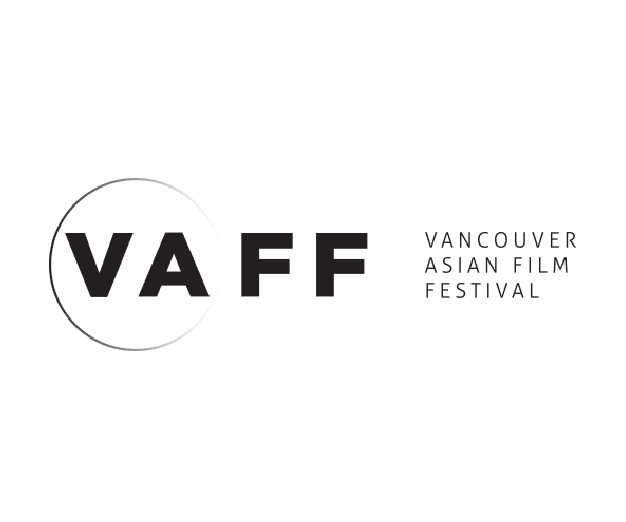 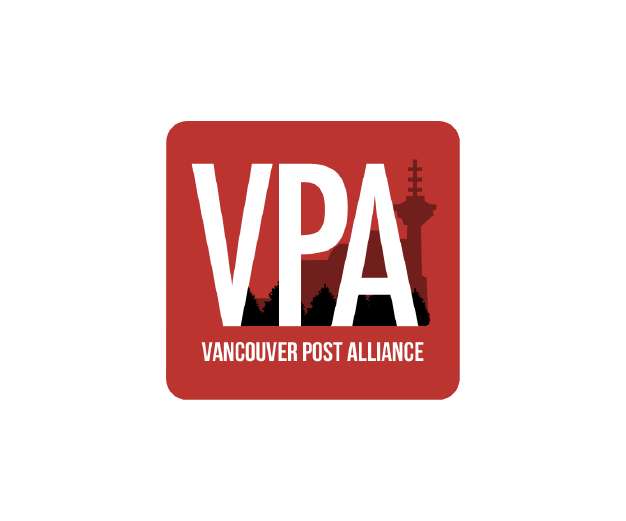